This article explains how to set up a Device-Mapper Multipath, without DM-Multipath, each path from a server node to a storage controller is treated by the system as a separate  device, even when the I/O path connects the same server node to the same storage controller. DM-Multipath provides a way of organizing the I/O paths logically, by creating a single multipath device on top of the underlying devices. 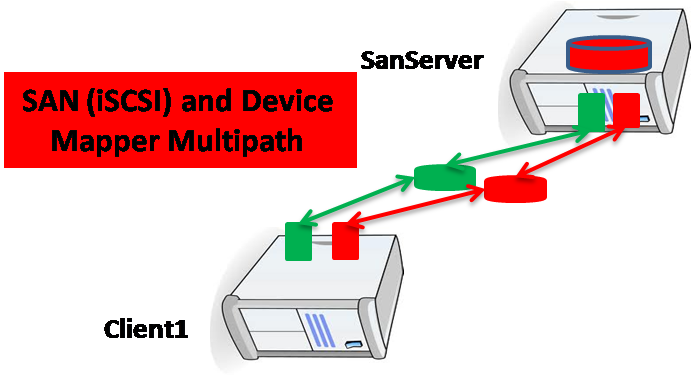 Step 1: Install and Configure SCSI Target on the SAN Server:

– To verify the iSCSI Target configuration: 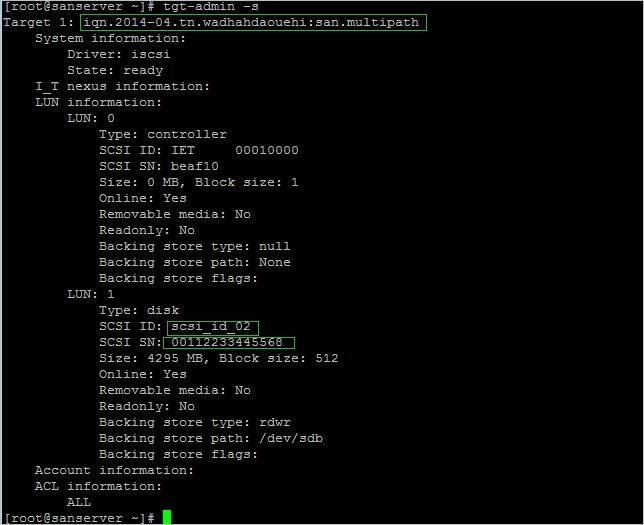 – For auto start after reboot:

Step 2: Install and Configure SCSI Initiator on the Client Node:

– Set up SCSI Initiator on Node:

DM-Multipath can be used to provide:

Note: At this step, the default configuration is:

Verbosity : The default verbosity. Higher values increase the verbosity level. Valid levels are between 0 and 6. The default value is 2.

path_selector : Specifies the default algorithm to use in determining what path to use for the next I/O operation. Possible values include: round-robin 0 :Loop through every path in the path group, sending the same amount of I/O to each.

And more… you can find it is this URL.

By default, DM-Multipath includes support for the most common storage arrays that support DM-Multipath. The supported devices can be found in the multipath.conf.defaults file.

One Response to SAN (iSCSI) and Device-Mapper Multipathing !

This site uses Akismet to reduce spam. Learn how your comment data is processed.